Born in Kenya and trained at the Slade School of Fine Art in London, Tonio Trzebinski (1960- 2001) was initially influenced by figurative realism.

Upon returning to Kenya (1988), a period of experimentation with media and techniques followed in search for his artistic identity.
Trzebinski moved towards abstraction but seemed frustrated with its “limitations,” and three-dimensional elements appeared in his works, which often dealt with death and decay in nature.

In his later works Trzebinski reached back to  figurative and representational painting. He investigated the subject of the head through “re-inventing” highly expressionistic versions of the head, utilizing violent and textural brushstrokes.

Trzebinski has participated in several group and solo exhibitions and is represented in public and private collections in Africa, the United States, Europe, and Asia. 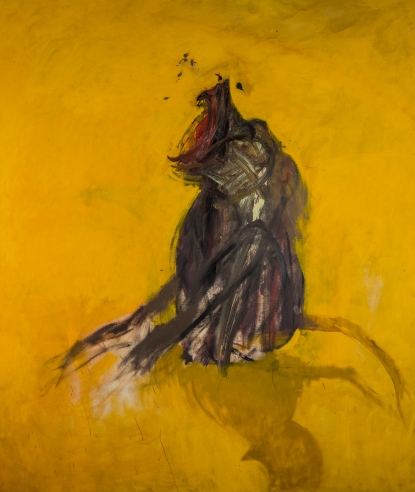