Patrick Rubinstein was born in 1960 in Paris, France. His childhood marked him lastingly and would later feed his artistic language. Paris saw the time of British rock, cinema and American pop. He grew up in a family that made him very aware of art. He inherited his passion for cinema from his mother, and an inventive spirit from his father as he was the first to introduce Patrick to the techniques of kinetic art. At the age of 18, he sold his first work of art and only many years later perfected his technique and his artistic language to offer the internationally recognized works of today. The artist draws his themes from both the past and the present. Patrick Rubinstein presents the viewer with his futuristic and avant-garde works, works at the crossroads of Optical, Pop, and Street Art. 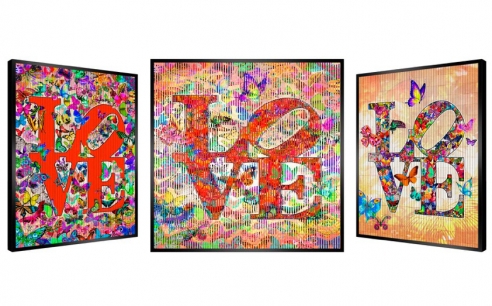 Patrick Rubinstein
Back To Top