Born in Brooklyn, NY in 1975, JM Rizzi also known as JMR, discovered his love for art at an early age. Shaped by the raw energy of the city and following in the footsteps of the pioneers of street art, Rizzi pursued a degree in Fine Art from the School of Visual Arts, graduating in 1997. In the years that followed, he took to the streets, adding his colorful interpretations to the urban landscape. Establishing a strong name in both street art and fine art, JM Rizzi’s imagery has become iconic in his native New York City as well as Dallas, where he currently resides. With major commissioned projects around the globe, his work can be found in NYC, San Francisco, Los Angeles, Chicago, Hong Kong, and Shanghai. He has been featured in various street art books and editorial publications such as The New York Times, The London Times, The Wall Street Journal, Elle Japan and Milk HK. He has lent his designs to collaborate with Nike, Emilio Pucci, Proenza Schouler, and Jimmy Choo. With a determined statement on motion, scale and color, JM Rizzi composes a magical symphony of shapes and forms, all pulsating into one another. His paintings are both serious and sensual while never sacrificing the energy and fearless that he’s become known for. These are the works of a mature painter in his prime. 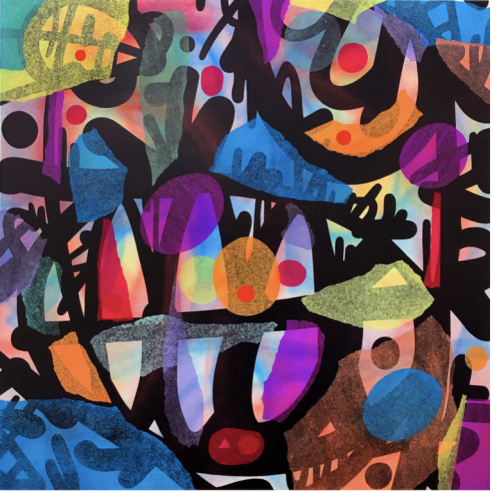 JM Rizzi
Back To Top